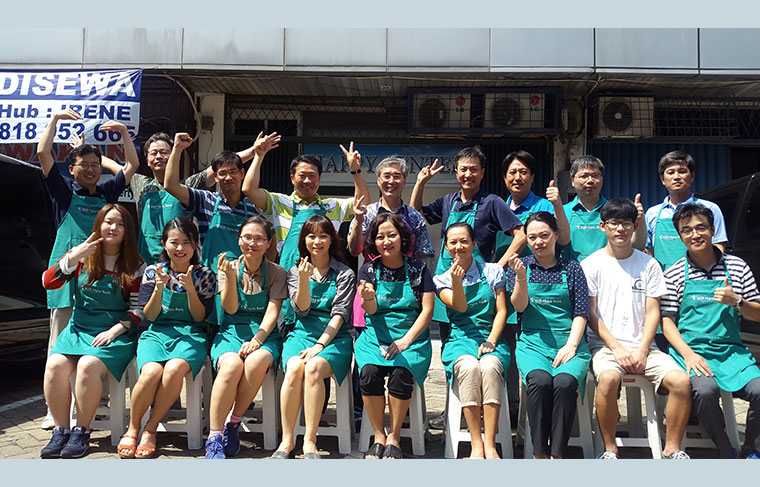 Despite having tight working schedules, the expatriate workers in KEB Hana Bank still have concerns towards their surroundings. Thus, on Saturday (11/6), the CEO of KEB Hana Bank along with the expatriates spent their weekend by organizing another social activity in collaboration with Yayasan Happy Center. As has been done previously, the expatriates prepared lunch boxes and distributed them to the less fortunate citizens around Kalijodo, North Jakarta.

This social activity has become one of the CSR programs of KEB Hana Bank since 2015. KEB Hana Bank realizes the supports from the citizens, especially those who live around the locations of KEB Hana Bank, affected the awards achieved by the bank so far. Accordingly, establishing and maintaining good relationships with the local communities and implementing CSR as a concern is a must.