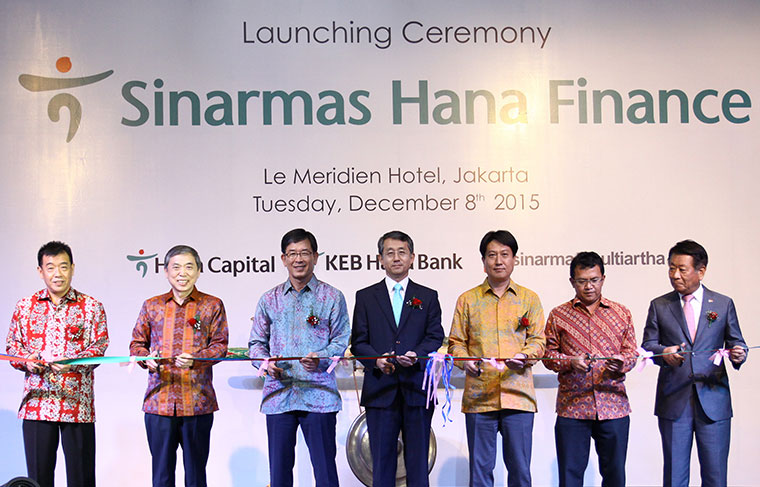 Launching ceremony of SHF was attended by representative of Financial Services Authority of Indonesia, Korean Ambassador to Indonesia, Chairman of Indonesia Finance Service Association, shareholder representative, Chairman of Korean Community, and Board of Directors of SHF. SHF will be led by Seo Ji Su, as the CEO, accompanied with Rendy Gunadi, as Business Director, and Henky Priyatna Arief, as Operations Director. The ceremony was followed by press conference, held in the same location, inviting both print and online media from finance and automotive desk. More than 30 media attended the conference.

In short term, this financing company will fulfill used-car market in the middle-up segment since it has huge potential. However, SHF will jump into bigger market such as new car and motorcycle, commercial vehicle, and industrial machinery which cannot be financed by KEB Hana Bank. Hopefully, KEB Bank Hana, in long term, will get additional income from this joint venture which increases the company's profit.